Please fill in below form to create an account with us

I want to introduce myself to sky bell' friends.
By reachsoul
2 comments

I want to introduce myself to you by four Konglish words. First Konglish is ‘nego’. It is negotiatiate in English. When I study international trade, I use this Konglish word very often. For example, The seller nego a bill with a bank. The reason why I chose international trade department is because I want to export Korean tea set, ceramics to another countries. So I could contribute to the world so that human beings enjoy spitiual life with tea culture.

Second Konglish is training. I use this word for the meaning of sweat suit. For example, (when I buy sweat suit at clothes store,) I ask a salesman. I would like to see some traning. So Actually, I have to use the word ‘sweat suit’ not training. I like to exercise. That’s why I need sweat suit. Everyday I swim for an hour. After I finish swimming, when I see my good shape on the mirror, I am rellay happy. This is a way how to be confident in my daily life.

Fourth Konglish is what I created. It is drinking meditaion. It says tea ceremony in English. I learned the tea ceremony from a koran monk .when I played tea ceremony, I could know how to treat a tea to another people politely and I felt peaceful mind with a cup of tea in silent. During the time of tea ceremony, I could only concentrate on what I was doing here and now without any fantacy. I realized what the absence of the worldly desires is. I am sure the tea ceremony is also a kind of meditation. So I want to say tea ceremony is drinking meditation in Konglish. If you are interested in swimming, martial art, tea culture, please don’t hesitate to call me. I want to share the cultures with you. 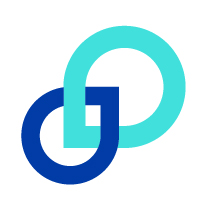 Hi Rocky! How are you doing? I'm so glad to read your entry here.
목록
﻿